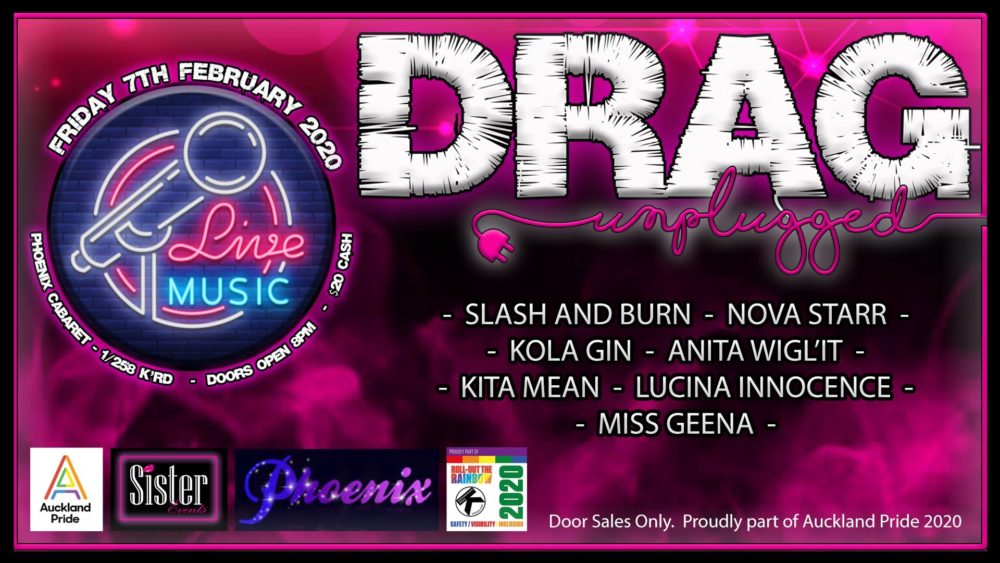 New Zealand Drag isn’t just a pretty face. Come and indulge as some of NZ’s best Drag Acts ditch the pre-recorded mix tapes and stand LIVE and VULNERABLE in front of a microphone and belt out the classics you know and love!

Drag Unplugged is a drag show never before seen on a stage in New Zealand! Over the course of two hours marvel at the vocal abilities of kiwi drag superstars as they sing for you live!!

Featuring the vocal talents of: Kola Gin, Nova Starr, Slash and Burn, Lucina Innocence and Miss Geena – Emceed by House of Drag’s ridiculous hostesses Kita and Anita This is a night not to miss!

Proudly presented by Sister Events as part of the Auckland Pride Festival and is made possible by Roll Out The Rainbow.