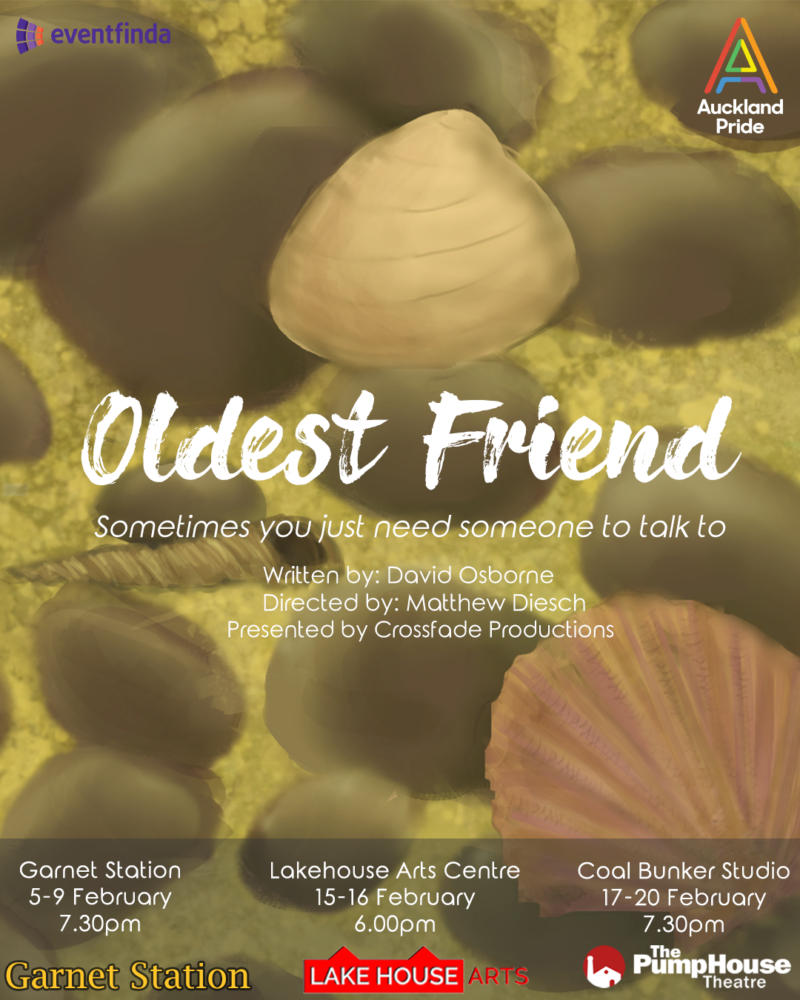 It’s not about fixing, it’s about coping.

Sometimes you need a friend, someone to listen, back then when you were struggling and just needed a bit of help. Using rich metaphors, Crossfade’s writer, David Osborne and member of the trans community, takes your teenaged self for a walk down the beach; discharging those awful things you were thinking and feeling and letting them out.

This show is the relaunch of Crossfade Productions, an Auckland based theatre company run by three close friends and colleagues, who believe in working together to create meaningful theatre and develop themselves and their team. This will be their first full length play since their successful tour of Not About Heroes in 2015, which was a beautiful play about war poets which also featured queer themes.

This will be a short tour as part of the 2020 Auckland Pride Festival with starting out with a weeklong season at Garnet Station and finishing off with these two outdoor performances. The following week there will be a limited season at the Coalbunker Studio at the Pumphouse.

This will be an outdoor performance in the Lakehouse grounds. The performance will occur rain or shine so bring your raincoats and umbrellas. If the conditions are unsafe you will be offered either a transfer to one of the Pumphouse shows or a refund.