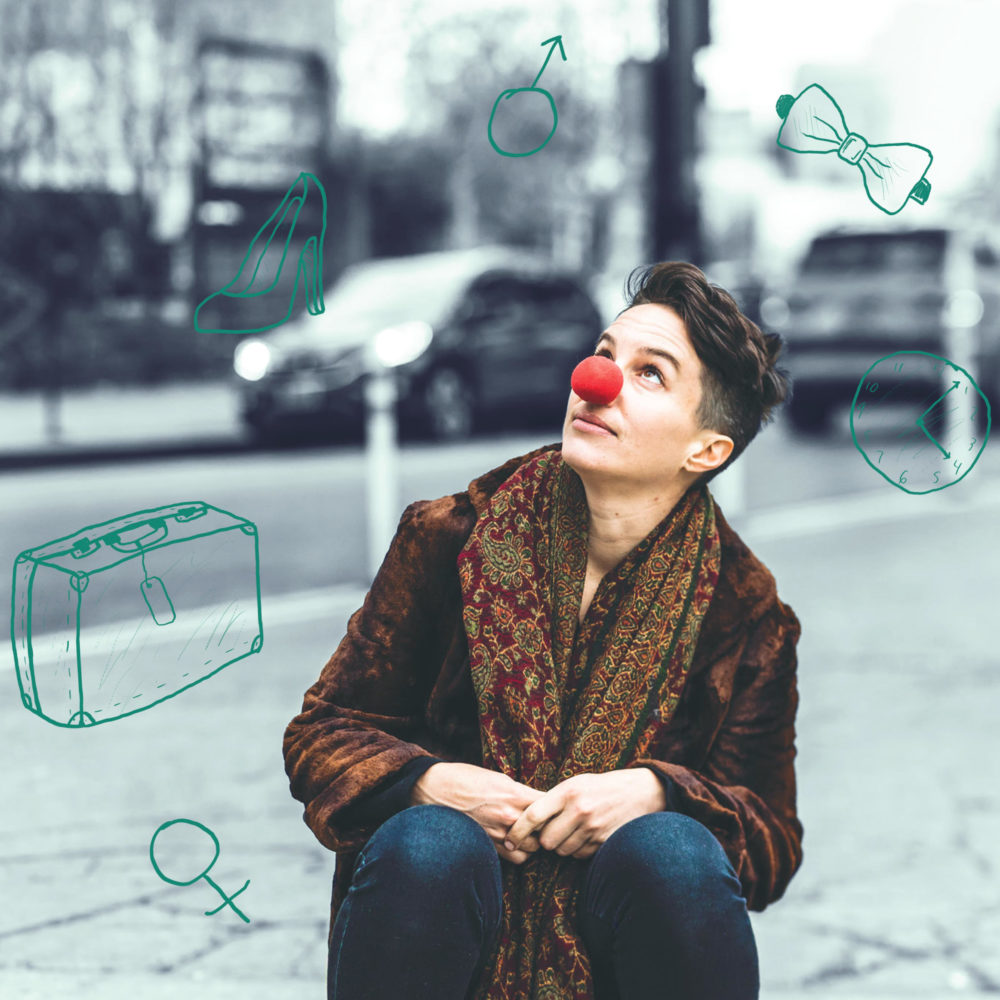 Come dive into the absurd as we follow one clown’s surreal journey across the landscape of gender in search of a place to call home. Join NYC-based theatre artist Ania Upstill in this playful, heartfelt exploration of gender as they dare to imagine a world in-between.

What does it mean to exist between two locations? To travel in between? To find your place in the middle? To embrace a joyful revolution? Come laugh at a clown’s playful exploration of what it means to be a trans human.

Join NYC-based theatre and circus artist Ania Upstill for their new solo clown show Transhumance, a playful, heartfelt exploration of gender fresh from a world premiere in Austin, TX’s FronteraFest. Transhumance follows one clown’s magical journey across the landscape of gender in search of a place to call home. Along the way, Upstill’s clown explores the absurdity of the gender binary and discovers a genderqueer identity – an identity that exists between male and female.

As a genderqueer and queer performer, Upstill (they/them) is excited to explore what it means to be a trans* human through the playful, joyful medium of clowning. And as an American Kiwi (they moved to NZ as a teenager and spent 10 years here), they are also excited to start the international tour of Transhumance in a familiar, friendly city. “I think of Auckland as a very liberal, welcoming city,” says Upstill, “and I’m hoping that I will find an audience willing to go on this journey with me with open minds”.

*trans in this context is used the broader umbrella meaning ‘through and across gender’ which encompasses nonbinary, genderqueer, gendernonconforming and other gender minorities.

Ania has performed an original queer clown show, Piesexual, at The Tank’s Pridefest, at various cabaret and showcases for new work (including Undiscovered Countries’ November 2018 showcase) and in Hypokrit theater’s R+J: A Reimagination of Romeo + Juliet. Ania graduated in 2018 from Dell’Arte International School of Physical Theater, and before that spent six years in New Zealand as a theatre maker and director