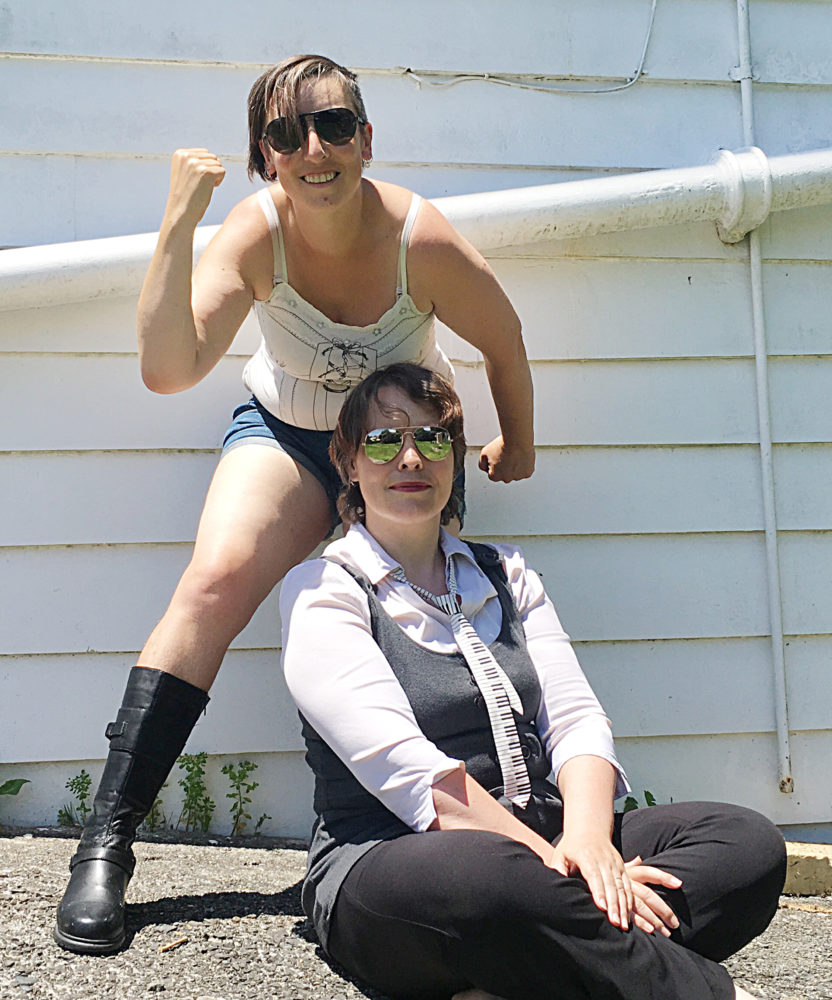 Vostok Lake, Auckland’s pre-eminent queer electronic-progressive musical duo, teams up with heavy friends for an avant-garde evening of satire, synthesizers and sheer sex. Described as “Flight of the Conchords meets Depeche Mode, except women” or the “illegitimate love child of Tori Amos and Gary Numan“, Vostok Lake are promoting their upcoming album, their first in 10 years.

Keyboardist and songwriter Daphne Lawless worked in the progressive-rock underground for 20 years before teaming up (in every sense of the word) with performance poet and artist Tricia Hall. Vostok Lake is an anti-fascist musical act who follow the manifesto of “Weightless Music” – making the sound of a full live band on obsolete keyboards and open-source software. Daphne’s classically-trained keyboard showwomanship combines with Tricia’s ethereal vocals to create a spectacle which defies categorisation; elements of synth-pop, prog-rock, Goth and folk swirl around painstakingly-crafted songs ranging from science-fiction opera to political satire to 22nd century techno-ballads. Can you imagine a queer Bonnie Tyler in a techno band with a female Rick Wakeman, and Laurie Anderson is writing the words? No, probably not.

The new Vostok Lake album, _Comics and Stories_, is being recorded, and the duo will be promoting their crowdfunder to get it finished. The gig will also feature surprise support acts from the queer and female musical underground. Come along to support weird, estrogen-heavy music in Auckland. You have not heard anything like Vostok Lake, nor do you know anyone who has.